Romania makes it to Eurovision’s final

Voltaj, the pop-rock band that represents Romania in the Eurovision song contest qualified to the final due on Saturday in Vienna, with their song entitled “All Over Again”.

Ever since 1994 when Romania fist participated in the Eurovision song contest, Romanian artists have been hoping to return home with the big trophy.

Luminita Anghel and Sistem were very close to reaching this goal back in 2005, when they came out 3rd.

Voltaj is Romania’s representative at the Eurovision this year.

The band won the domestic competition held on March 8th and on Tuesday night qualified to the European song contest’s semifinal, held in Vienna.

The winner of the 2014 edition of the Eurovision, Conchita Wurst opened this year’s show with her song “Rise Like Phoenix” which had brought Austria the big trophy.

The votes of the audience and those of the jury, each determining 50% of the outcome, sent Romania’s representatives to the competition’s final.

Their song, entitled “All over again”, has already been broadcast by Romanian radio stations for some time now.

Voltaj - All over again. Source: youtube.com.

The song is part of a campaign aimed at raising awareness over the situation of children left behind by parents who went to work abroad.

The band’s vocalist, Calin Goia before leaving for Vienna said that Voltaj would do their best to build a bridge between Romanians outside and inside the country borders.

After finding out last night’s results, Calin Goia said he was happy that his message is reaching an increasing number of people, touched by the thought of children having to grow up without their parents.

“We dedicate our Eurovision participation and our success this evening, to these children”, Calin Goia has said. 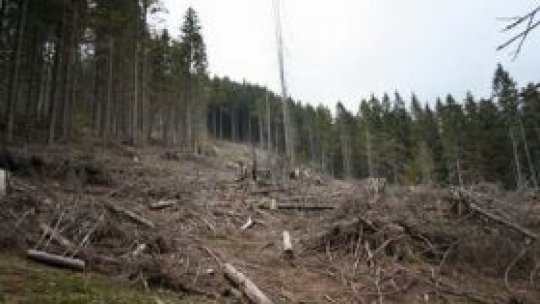 The Romanian Government will temporarily limit wood exports in an attempt to curb illegal logging. 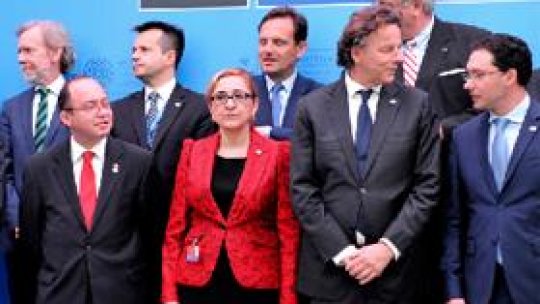 As part of a two-day NATO ministerial meeting in Turkey, Romania recommended an integrated strategy, given that NATO’s...